Flake Graphite is a naturally-occurring form of crystalline carbon. It is a native element mineral found in metamorphic and igneous rocks. Graphite is a mineral of extremes is known for it’s versatility.It is extremely soft, cleaves with very light pressure and has a very low specific gravity.Graphite has a layered, planar structure. In each layer, the carbon atoms are arranged in a honeycomb lattice with separation of 0.142 nm, and the distance between planes is 0.335 nm.It crystallizes in hexagonal system and is known to occur in layered & lamellar form with a grey-to-black metallic luster and a greasy feel.

The structure of graphite gives it the following unique properties which have been exploited by various industries making graphite a very special industrial material. 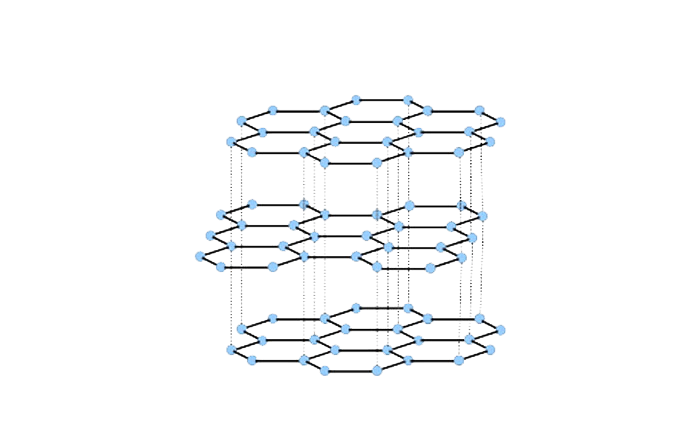 There are three principal types of natural graphite, each occurring in different types of ore deposit:

occurs as isolated, flat, plate-like particles with hexagonal edges if unbroken and when broken the edges can be irregular or angular. It has a distinctive plate like or flake formation. It is further divided on the basis of the flake sizes and purity of carbon in the refined product. Flake graphite accounts for over 50% of the natural graphite consumption. It is a widely used material in refractories, steel making, brake lining, batteries, fuel cells, amongst other fields.

Amorphous graphite is the most abundant form of natural graphite. The small crystal sizes of the particles gives it the name “Amorphous Graphite”. Amorphous Graphite has a significantly lower pricing than Flake graphite and is used in fields such as pencils, brake pads, rubber additives, etc.

Lump Graphite is the rarest form of natural graphite formed from the direct deposition of solid, graphitic carbon from the subterranean high temperature fluid.. It has a very high thermal and electrical conductivity and also the highest degree of cohesive integrity of all natural graphite. It is very easy to mold and can be formed into solid shapes without the aid of a binder addition. Given the high purity of graphite content in the vein, it’s processing costs are much lower as compared to it’s counterparts. However, due to it’s limited supply, it’s area of practical industry applications are also limited.